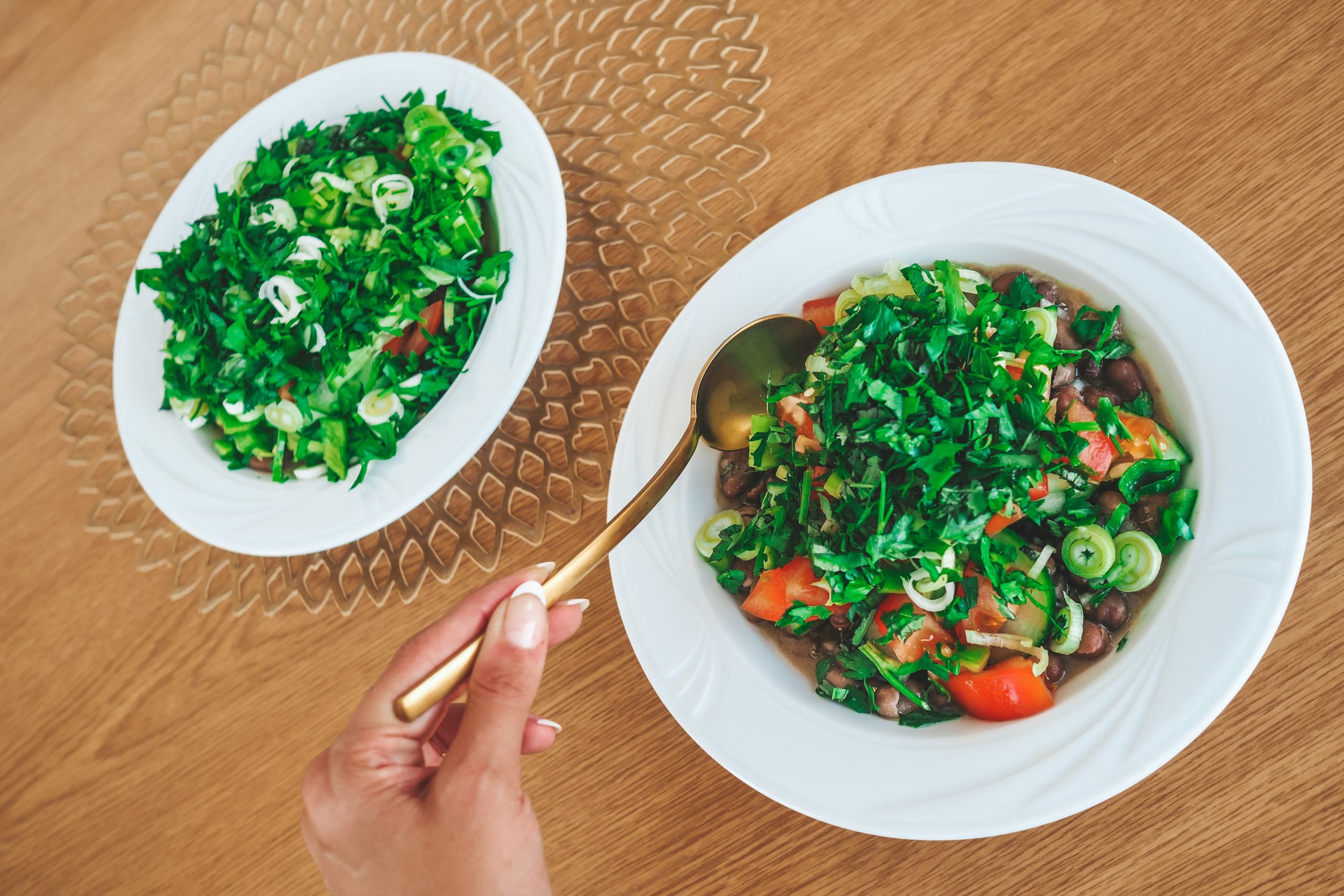 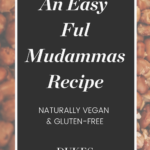 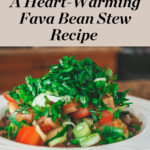 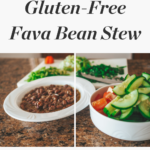 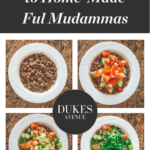 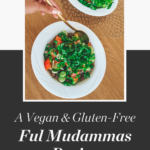 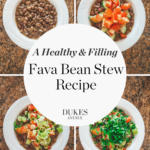 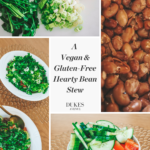 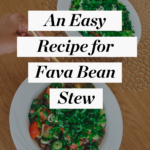 If you are looking for a hearty vegan and gluten free meal that the whole family will love, you have to try our recipe for foul mudammas – a wholesome Egyptian fava bean stew flavoured with cumin, garlic, chilli and lemon, and topped with fresh chopped vegetables, herbs and olive oil. This Egyptian breakfast is packed full of nutrients, has a story as old as Egypt itself and will keep hunger at bay for most of the day!

The Origins of Foul Mudammas

Long before the Ottomans, Venetians and Romans, the Pharaohs of Egypt once ruled a substantial portion of the Mediterranean basin. And while one might be reminded of the Pyramids, the Sphinx and the Nile when thinking of Egypt, we reflect on a more humble, arguably more ubiquitous relic of that empire – the humble fava bean, specifically foul mudammas – a bean stew upon which the empire rose.

Thousands of years ago, the might of a nation was tied to its agricultural capabilities, its propensity to produce enough food to support its people, and more importantly the ability to produce a surplus of food. The act of producing more food than one needs opens the doors up to a number of benefits – specialisation of labour within the economy, development of trade, food security which drove urbanisation.

This was all thanks to the Nile river, whose fate Egypt is so entwined with. For many thousands of years, the Nile (besides acting as a source of water, trade and fishing) has fed the plains around the river with minerals before draining into the sea. This allowed the Egyptians, who lived predominantly in the relatively narrow fertile plains either side of the river, to master agriculture and by some measures allowed Egypt to become the breadbasket of the Mediterranean.

Agriculture is of course, even in the best conditions, a labour intensive task, so the Egyptians required hearty and nutritious food to fuel them throughout the day and fend off hunger. And with this, little gives as much nutrition and energy (whilst being as tasty) as foul mudammas, a dish that has since spread far beyond Egypt, across the Arab world and its peripheries.

This simple fava bean dish has appealed to all levels of society, from labourers to Pharaohs – in fact, there is an old Arab saying: “Beans have satisfied even the Pharaohs“. Indeed, we were first introduced to this dish in Oman at the ultra luxurious Ritz-Carlton Al Bustan Palace in Muscat, frequented by many of the region’s rich and elite.

How to Pronounce Foul Mudammas

Before we dive into our foul mudammas recipe, here’s a quick note about the name of the dish. “Ful / Foul / Fool” derives from Arabic ” فول” – (phonetically built around the consonants F-W-L), and it simply means “bean/s” (with specific reference to the Egyptian fava beans / broad beans). There is no agreed form of transliteration from Arabic for the word, so you may see it written as ‘ful mudammas’, ‘fool medames’, and other variations across the web. However spelt, pronunciation is closest to the English word ‘fool’.

So what does foul mudammas actually mean? According to sources, mudammas “مدمس” (phonetically built around the consonants M-D-M-S) is a Coptic word which means “buried”, referring to the way in which the beans were cooked in pots underground at the heated baths frequented by patrons in Egypt. Again, there is no agreement on the transliteration, so you may see various spellings of the word interchangeably. It is pronounced as written in the title.

The dish itself is a simple stew of rehydrated dry fava beans, cooked in cumin (frequently used across the whole of North Africa and the Middle East) and topped with lashings of fresh vegetables, herbs and extra virgin olive oil. Whilst the dish is very much Egyptian, it has been exported across the Arab world (and into Europe in regional cuisines of Spain and Italy) with some nations making it their own by adding chickpeas, tahini, pickles, and other accoutrements.

This dish is wonderful as a winter breakfast – the hearty beans and fresh vegetables are a warm and tasty way to start the day. Moreover, by putting everything together beforehand, foul mudammas can also be so easy to prepare – whilst already-cooked beans will just take five to ten minutes to heat through, that time can be used to chop the vegetables and herbs.

Foul mudammas is vegan, naturally gluten-free, protein rich and bursting with essential minerals and nutrients. It is so energy-dense that after a breakfast of this fava bean recipe in the morning, one might forget about eating until the evening. Rehydrated stewed fava beans is the root of the dish, which are rich in protein and fibre, vitamins (including vitamin B) and minerals such as manganese, phosphorus and iron. Some sources claim fava beans have superfood status and prevent anaemia, lower cholesterol, and are suitable for diabetics.

Besides the nutritional value, it is easy to see how it might have gained popularity amongst Muslim Arabs who observe day-time fasting during the holy month of Ramadan. One would wake to eat a hearty bowl of stewed beans in the morning before the sun rises, which would, with its slow burning energy, power the eater through a long day before the fast is broken in the evening.

Foul mudammas is best served hot, alongside a healthy serving of fluffy warm pita bread. One may find regional Middle eastern variations of the dish, for example Lebanese foul mudammas or Syrian foul mudammas, which call for chickpeas and tahini to be included. An Ethiopian variant of the dish includes the spicy berbere spice mix. One may drain the beans and serve as a salad rather than a stew. Other regional variations may include onion, or the addition of fresh chopped mint or basil in addition to fresh chopped parsley or a sprinkle of sumac. Fundamentally, we believe this, much with everything else, to be an open invitation to make the dish your own.

We hope that you’ve enjoyed this recipe and will find it both comforting and delicious. If you like this foul mudammas recipe, then be sure to check out our other recipes for additional serving ideas – a cucumber and spring onion salad or maybe some Middle eastern garlic basmati rice.